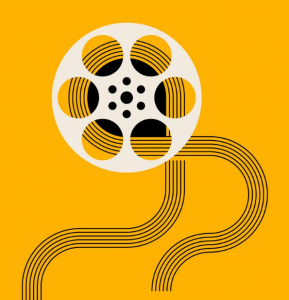 Entry by donation. We accept cash or cards.

We will be showing the following films

Michael lives and travels in a horse-drawn wagon.  As the film begins, we find him preparing to cross the channel into France following a whim to swim his horse in the Mediterrannean. Filmmaker Ian Nesbitt spends a calendar year visiting him periodically on his version of pilgrimage. The result is a sparing road movie tracing Michael’s transient and timeless existence on the peripheries of modern life. “For fans of Shirley Collins, Richard Linklater, campfires and Robert Bresson, but this film is so beautifully sideways, it sweeps away comparisons really.” – Cube Microplex, Bristol

Ian Nesbitt is a socially engaged artist and independent documentary filmmaker. His films explore individuality, community, collectivism and ownership through making work collaboratively. ‘Acts Of Quiet Resistance’ is his third feature, and continues an ongoing thread of his film practice, looking more deeply at notions of landscape, community and pilgrimage through slow travel.

A Short Film About Ice

Adam Laity is a cinematographer, filmmaker and researcher specialising in aesthetics and landscape cinematography in particular. A Short Film About Ice is a multiple award-winning film-poem documenting the journey of a cinematographer through the fragile landscapes of the Arctic. The camera bears witness to the shapes and colours of glaciers, tundra, mountains and sea ice while the filmmaker explores the role of the human and the artist in such landscapes in the time of the Anthropocene. The film aims to provoke discussion about the need to re-conceptualise how we make and disseminate images, in order to see ourselves as an integral part of the natural world, rather than in front of or separate to nature.

We use cookies on our website to give you the most relevant experience by remembering your preferences and repeat visits. By clicking “Accept”, you consent to the use of ALL the cookies.
Do not sell my personal information.
Cookie SettingsAccept
Manage consent

This website uses cookies to improve your experience while you navigate through the website. Out of these, the cookies that are categorized as necessary are stored on your browser as they are essential for the working of basic functionalities of the website. We also use third-party cookies that help us analyze and understand how you use this website. These cookies will be stored in your browser only with your consent. You also have the option to opt-out of these cookies. But opting out of some of these cookies may affect your browsing experience.
Necessary Always Enabled
Necessary cookies are absolutely essential for the website to function properly. These cookies ensure basic functionalities and security features of the website, anonymously.
Functional
Functional cookies help to perform certain functionalities like sharing the content of the website on social media platforms, collect feedbacks, and other third-party features.
Performance
Performance cookies are used to understand and analyze the key performance indexes of the website which helps in delivering a better user experience for the visitors.
Analytics
Analytical cookies are used to understand how visitors interact with the website. These cookies help provide information on metrics the number of visitors, bounce rate, traffic source, etc.
Advertisement
Advertisement cookies are used to provide visitors with relevant ads and marketing campaigns. These cookies track visitors across websites and collect information to provide customized ads.
Others
Other uncategorized cookies are those that are being analyzed and have not been classified into a category as yet.
SAVE & ACCEPT